Jay was a stray dog roaming around a rural neighborhood in Kentucky on 7/8. Someone brought him to the local shelter where he was labeled “rescue only” because of his age – he’s about 10 years old – and because he had a UTI which he has been treated for & which has cleared up.

Jay came into the shelter in pretty rough shape. His nails were terribly overgrown and had made his feet sore. Besides his feet hurting, the vet felt that Jay is arthritic so trimming his nails was a job because of the discomfort he felt. Jay is described as an old opinionated man. He likes to have his way and is good to go unless he’s made do things he doesn’t want to do. He then will become obstinate and will voice his displeasure by grumbling to let them know.

Jay is extremely housebroken and keeps a terribly clean kennel. He loves his soft food and his nice cushy bed. He does really well on a leash but he doesn’t to hurry. He rather likes to stroll along at his own pace. He is fine with other dogs but if an energetic dog gets in his face or tries to jump on him, he’ll grumble a warning as if to remind the other dog to remember they’re manners. Jay and Charlie are often walked together which they both seem to enjoy. He seems to pay no attention to cats.

For more pictures and video of Jay, visit his page at:  https://www.northstarpets.org/singlepet/?animalID=15973716 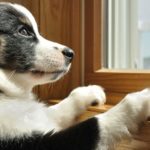 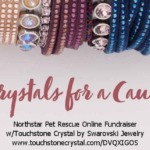